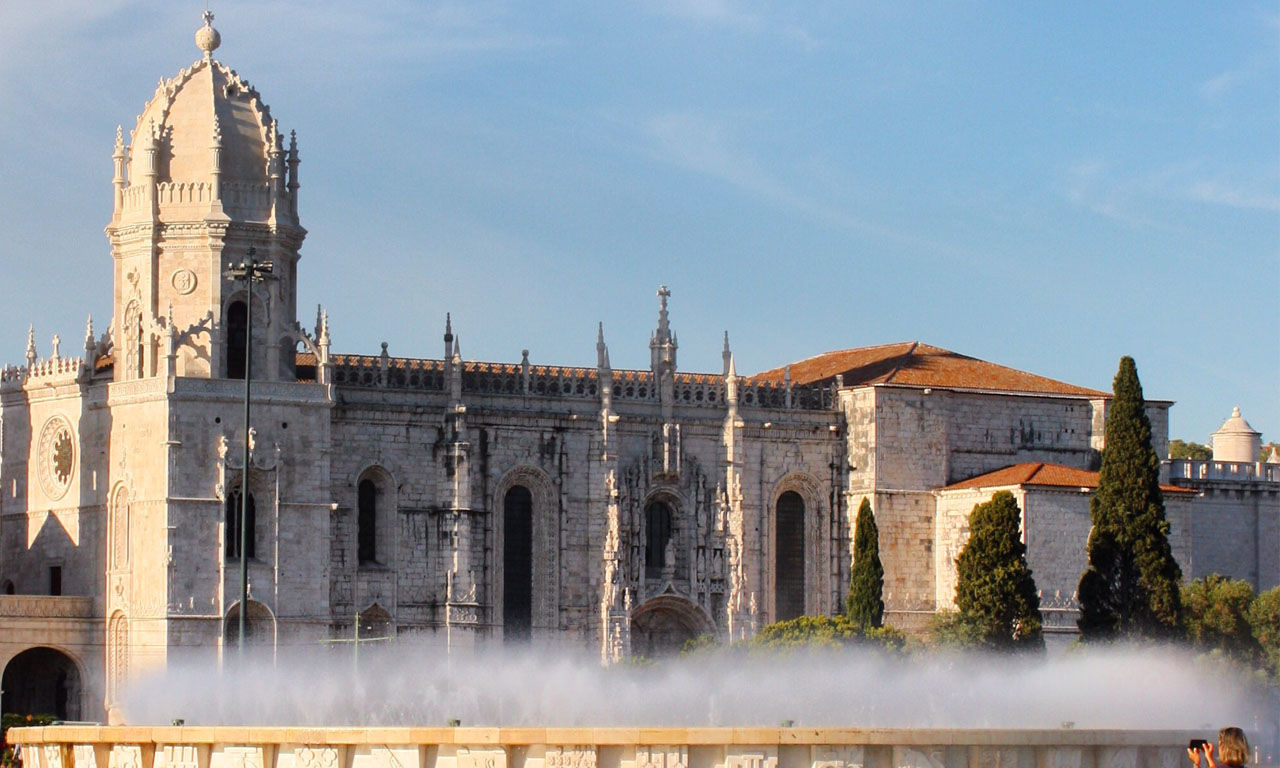 Built in the beginning of the 16th century, the Mosteiro dos Jerónimos (Jerónimos Monastery) is one of the most important Portuguese landmarks.

With an initial outline by Diogo de Boytac and finally by Jerónimo de Ruão, the Mosteiro dos Jerónimos was a way of D. Manuel I to honor Infante D. Henrique and his devotion to Our Lady and St. Jerome.

The Monastery is a cultural reference that has not escaped artists, writers, and travelers during its five centuries of existence and it is also the burial place of kings and even poets.

Today, it is admired by everyone and not only as a remarkable piece of architecture but as an integral part of the Portuguese culture and identity. It was declared a National Monument in 1907 and in 1983 UNESCO classified it as "Cultural Heritage of all Humanity".

Although the entire space deserves your attention, there are some spots that you really shouldn’t miss, and the Cloister is one of them. Used mainly for the seclusion of the monastic community, it was a pleasant and serene place that allowed prayer, meditation, and recreation of the monks of the Order of St. Jerome. The cloister is a lesson in Manueline tracery and lavish ornament.

After it, you have to stop by the Refectory, built between 1517 and 1518 by Master Leonardo Vaz and his officers. Long and narrow, the refectory features fabulous vaulting and rope-like Manueline moldings and the panel on the north wall depicts the biblical story of The Feeding of the 5000.

Also, the South Portal should deserve a special attention, built between 1516 and 1518 by João de Castilho, the South Portal is the visual center of the Monastery's façade facing the River Tagus. Despite its sumptuous detail, however, it is merely a side entrance.

The Chapter House was completed only in the 19th century, named The Chapter House or Chapter Room as it was the place of regular meetings between monks, which began with a reading of a chapter from the Book of Rules. It houses the tomb of Alexandre Herculano.

Finally, the Main Portal, while it is smaller and less detailed than the South Portal from the architectural and theological viewpoints is, nowadays, the Monastery's main entrance. The portal was designed by Diogo de Boytac and executed by the French sculptor Nicolau de Chanterene.