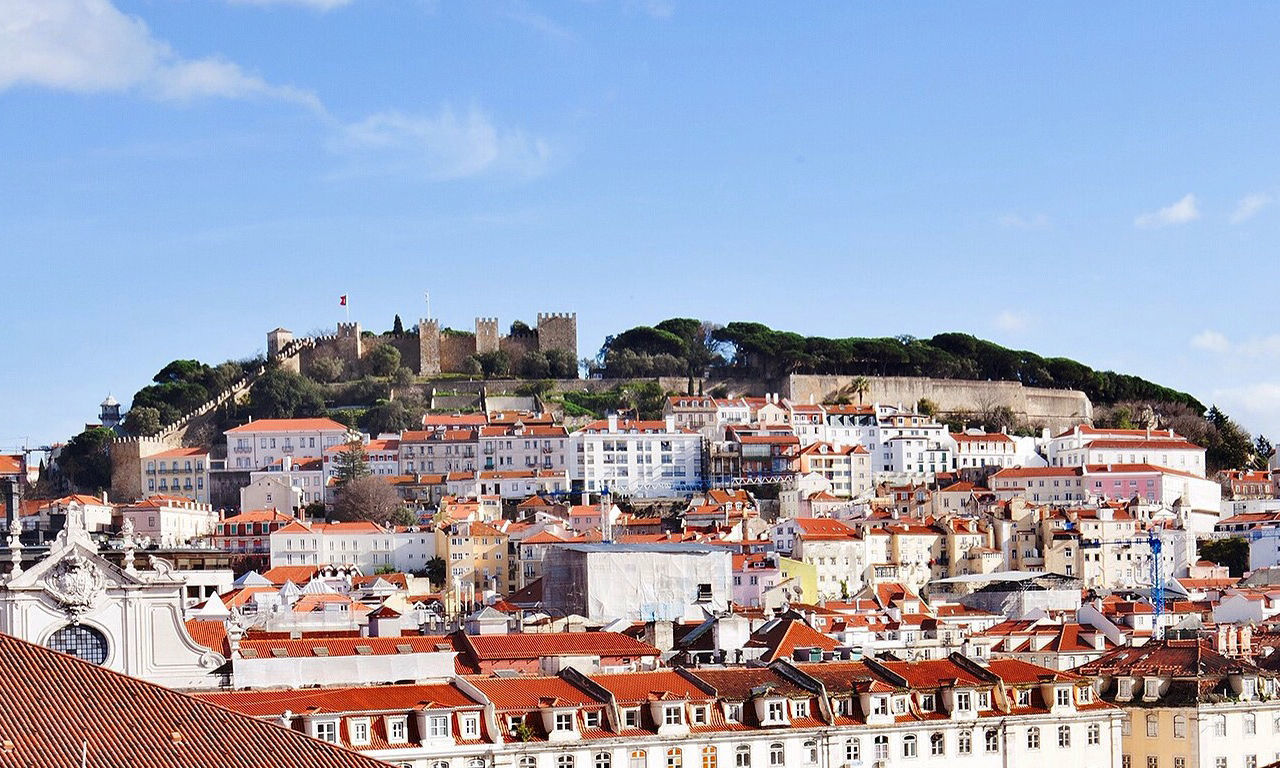 One of Lisbon’s most important sights.

Considered as one of Lisbon’s symbols and a National Monument, the Castelo de São Jorge is a hilltop castle from the Moorish era captured from the Moors by Portugal’s first king, D. Afonso Henriques, in 1147.

Restored in 1938, the castle offers some of the most attractive viewpoints of Lisbon, and unique historical features such as the Porta de São Jorge, a grand gate which leads onto the final steep climb up the castle grounds where in a wall niche, to the left, one can find a figure of St. George.

The Castle Museum, contains a collection of artifacts excavated from the hilltop in the end of the 20th century, and the inner battlements were one of the great achievements of the 1938 restoration. With ten towers and a dividing inner wall, the restored castle matches, as much as possible, the original’s layout and size.