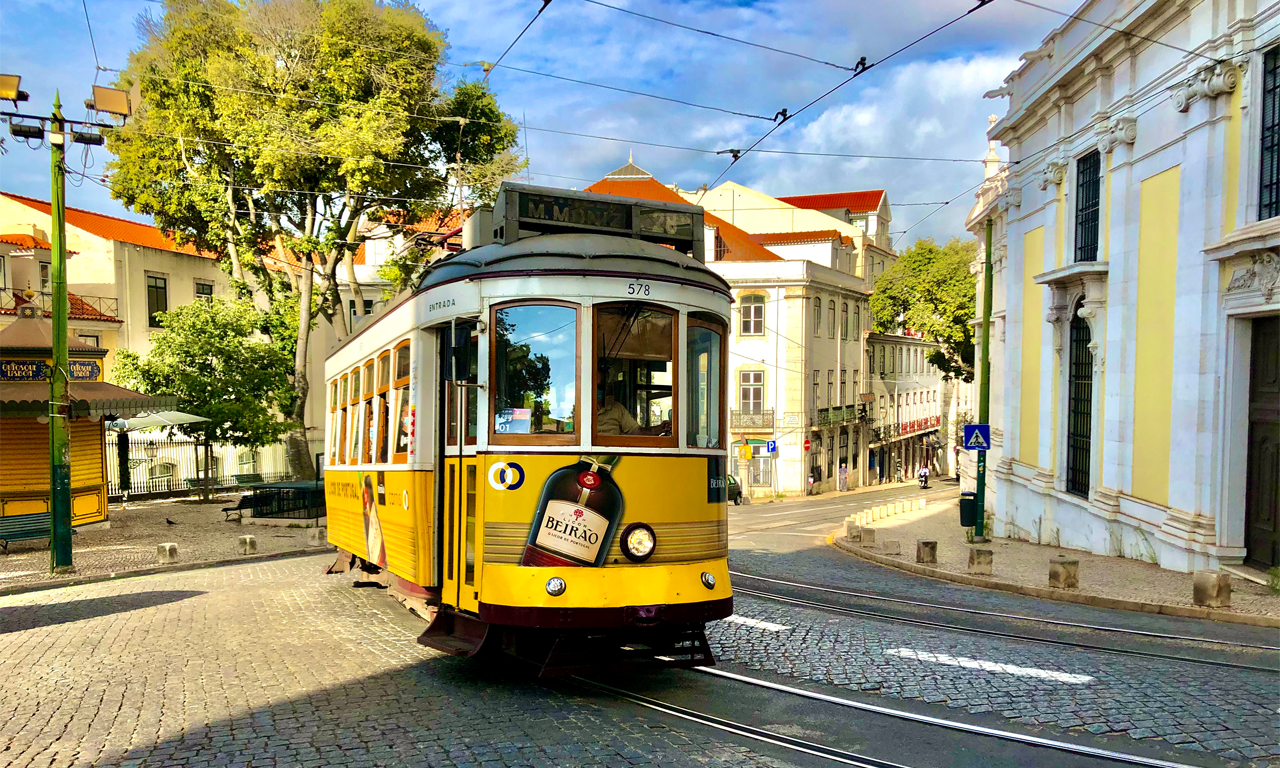 The Tram 28 is probably the most known transportation in Lisbon, and one of its bigger symbols.

Believe it or not the 28 has been around since 1937 and it is still running today. Some of the trams were bought in the US others were built by the company’s factory and along the way some updates were made to adapt a new ticket system, but always maintaining the same charm of the early days.

It was also in 1937 that the Graça route was built, and it is where the 28 does most of its ride.

Although the 28 is part of Lisbon’s Tram Route it is mostly used by tourists that wish to experience an historical mean of transportation.

It cruises the city through narrow streets that, even by car, are difficult to reach and it touches some of Lisbon’s most important landmarks, places such the St. George Castle, Sé Cathedral and Estrela Church.

The route goes between Prazeres and Martim Moniz, a stop which is just a few minutes from our hotel.