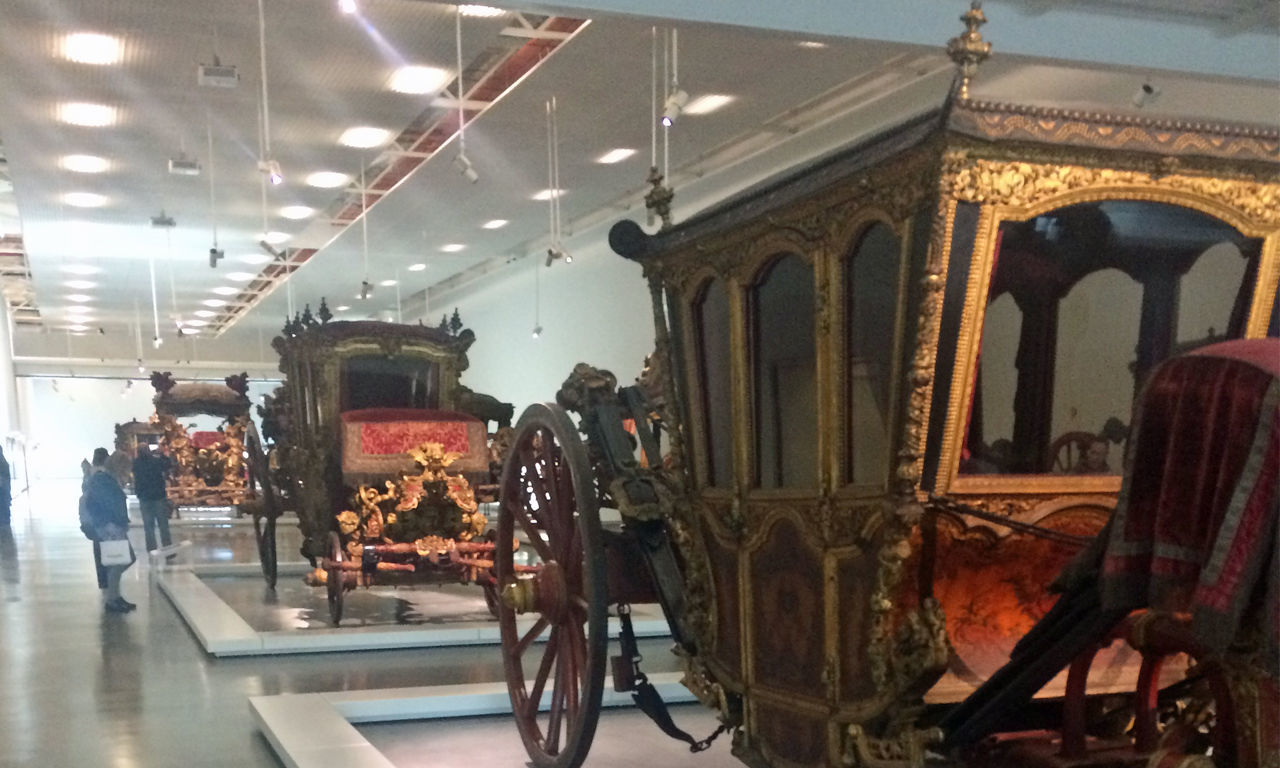 The Museu Nacional dos Coches is one of the most important Portuguese museums.

On May 23rd, 1905, the “Royal Coach Museum” opened in Lisbon by the initiative of Queen Amélia of Orleans and Bragança, Princess of France, who married King Carlos I of Portugal.

The world’s first coach museum was located in the antique Royal Riding School, specifically adapted to receive a unique collection of coaches, berlins, carriages, splendidly decorated, from the 17th, 18th and 19th century.

The collection is mostly from the Portuguese Royal House but other vehicles from the Church and private collections were added to it. The Museu Nacional dos Coches presents an excellent set of pieces that allows the visitor to understand the technical and artistic evolution of animal traction vehicles used by the European courts until the advent of the automobile.

On May 23rd, 2015, the collection moved to a brand new building by the Brazilian architect Paulo Mendes da Rocha, creating a new reason to visit this extraordinary collection.

On this new building, 70 cars are on display, the oldest one dating from the 16th century and the latest one, a Mala-Posta, from the 19th century.

In addition to this collection, the Museum also has a set of pieces that were used on gala parades and others related to the art of cavalry and equestrian games as well as a collection of portraits of the Portuguese Royal Family.