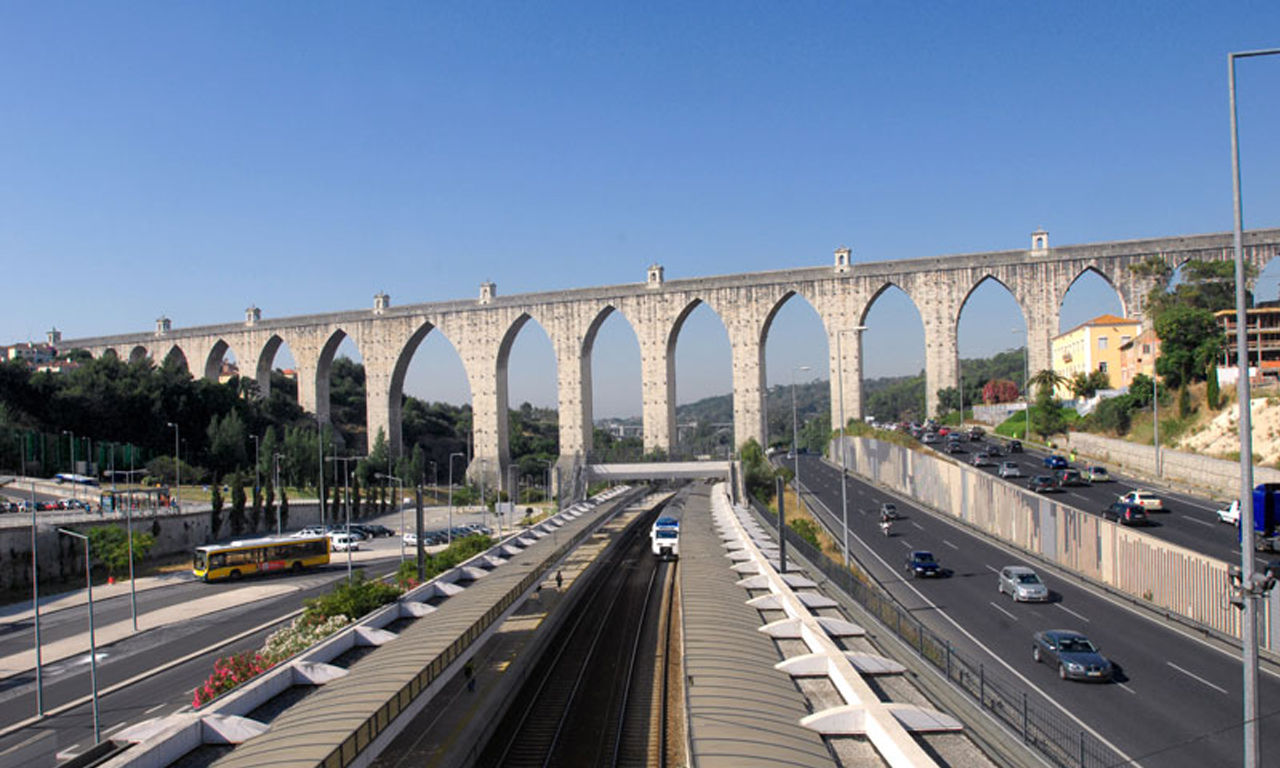 One of Lisbon’s most unknown museums is also one of the most iconic of the city.

Divided into 5 areas the Museu da Água is an important piece of Lisbon’s history, especially in terms of water supply, its origins, routes and used technologies.

The most visible and known part of the museum is the Aqueduto das Águas Livres.

The last big classic aqueduct built was ordered by D. João V in the 18th century, with high technical expertise, having resisted to the earthquake of 1755.
With 941 meters and 35 arches, the Alcântara segment has what is considered the biggest stone arch in the world with more than 65 meters.

Also, not to miss is the Reservatório Mãe d’Água da Amoreiras, composed by the last 11 arches and the reservoir itself, fit to hold more than 5 million liters of water, it was built with such refinement that became not just a technical structure but a contemplation zone.