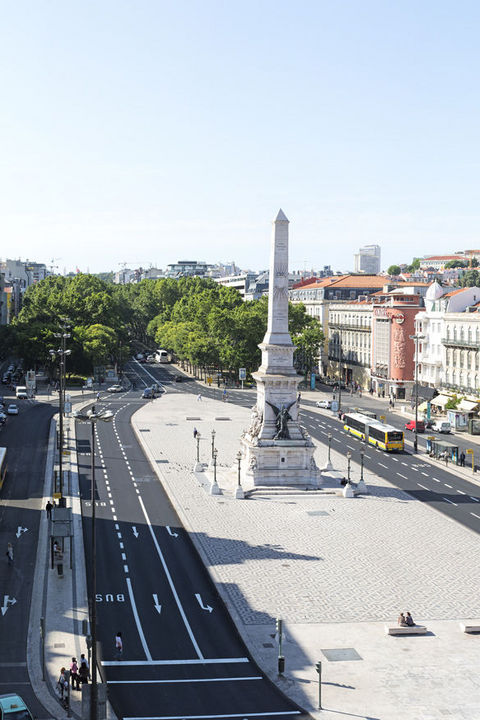 From the Avenida Palace, discover Lisbon, its historical and monumental richness, its cultural diversity and its contrasts.

The Hotel is near fast accesses to all the city districts and surrounding areas, through the major transportation services.

Nearby Points of Interest

Considered as one of the most emblematic monuments of the city of Lisbon, the St. George’s Castle is an important testimony of unique events in the history of Lisbon and Portugal.

The Santa Justa’s lift was inaugurated on July 10th, 1902 and is the only perpendicular lift in Lisbon that provides a public service. In 2002 it was classified as a national monument.

Inaugurated on October 24th, 1885, this lift was the second carriage of the genus deployed in Lisbon. It is the busiest lift of Lisbon. In 2002 it was classified as a national monument.

The Lisbon’s Cathedral, initially known as the Church of Santa Maria Maior, was built in 1150 by D. Afonso Henriques, three years after Lisbon was conquered to the Moors, on the site of a former mosque, for the first bishop of Lisbon, the English Crusader Gilbert of Hastings.

The Bairro Alto is a picturesque old quarter in the centre of Lisbon, with narrow streets and cobbled streets, secular houses, small traditional commerce, restaurants and nightlife venues.

Alfama is the oldest and one of the most typical districts of the city of Lisbon, it is a very peculiar district, it resembles an ancient village where people know each other and greet each other daily.

The assembly, which has been the most important Gothic church of the capital, and that by its grandeur and monumentality competed with the Lisbon Cathedral, was in ruins due to the earthquake of 1755, it has not been rebuilt. It is one of the main witnesses of the catastrophe which is still visible in the city. Today the ruins are home to the Archeological Museum do Carmo.

The Chiado is one of the most emblematic and traditional neighborhoods of the city of Lisbon. It is located between the Bairro Alto and Baixa Pombalina.