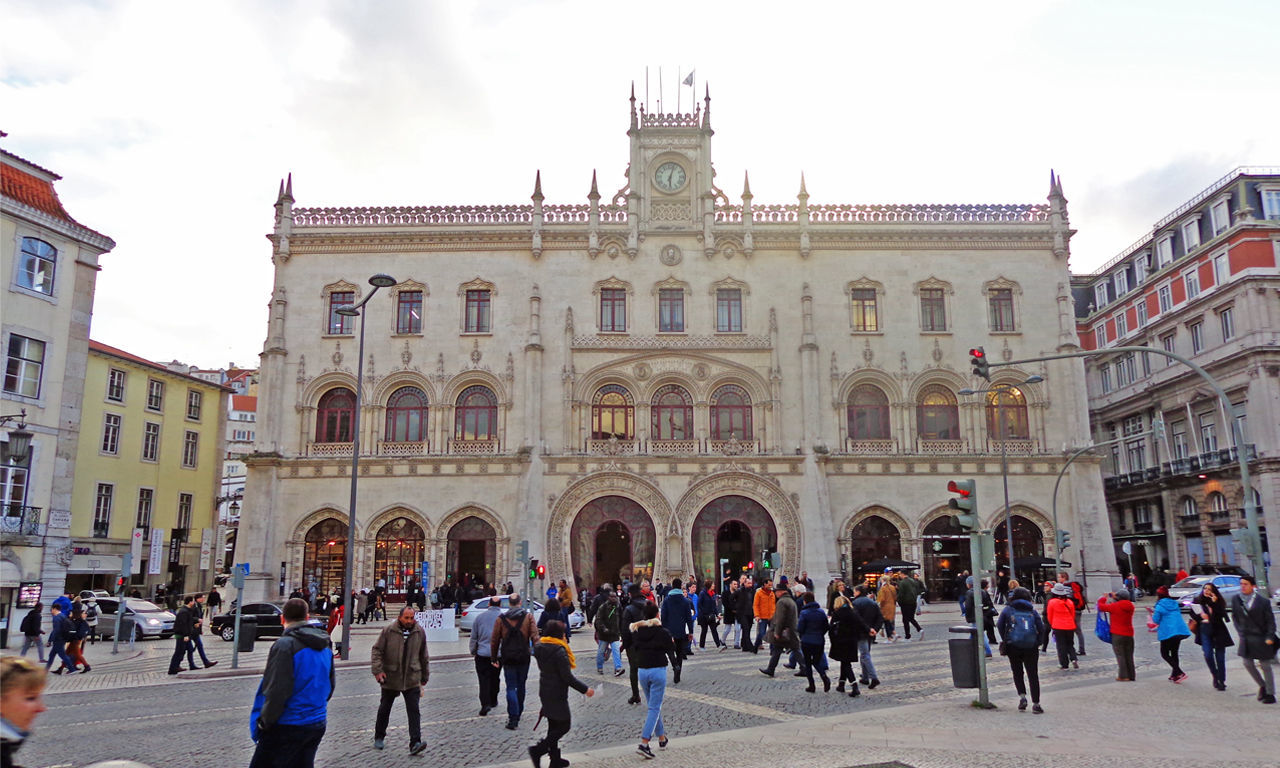 Considered one of the world’s most beautiful train stations, the Rossio Train Station is an important Portuguese landmark with over 120 years of history.

Designed in 1886 by, José Luis Monteiro, the same architect who also designed our hotel which was built a couple of years later, the Rossio Train Station was erected to be the Central Train Station, however its location at the time was not accepted by everyone, due to the space available. However, the project carried on.

The most challenging part was the construction of the 2600 meters’ tunnel that connected Rossio to Campolide, which took only 11 months, a record at the time. On April 8th, 1889 a trains pass through the tunnel for the 1st time.

The Rossio Train Station opened to the public on June 11th, 1890. There was finally a connection between national and international trains arriving at the center of the city and making this the most modern station in the country.

The construction incorporates the reinvention of architecture from the Discoveries time combining the “neo-Manueline” style, well present on the stunning façade, with 8 horseshoe shaped doors and 18 windows in cast iron.

The station also combines the use of new materials like iron, well present on the roof of the boarding area, with a revival architecture language from the late Portuguese romanticism.

Throughout the years, the Rossio Train Station held several renovations and adjustments, the last one in 2007, which lead, in 2012, to be selected as one of the 10 most beautiful train stations in the world, by American magazine “Flavorwire”.